What Is Khechari Mudra? – A Strange Old Yogic Practice

In this post we will discuss this very unique ancient yogic method called Khechari Mudra which makes you to apply pressure on a point in the the upper inside area of your mouth by stretching your tongue. 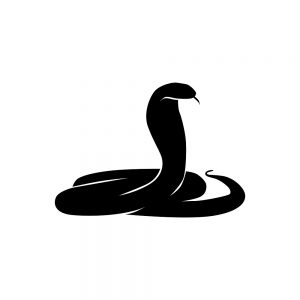 There are many things that we can learn from animals, even-though we are much developed and superior, still there are countless qualities that we can adopt from them to get better in life, this is why ancient yogis often used to formulate their spiritual practices based on what they learned from other species.

Khechari mudra is one such practice which is said to be derived from snakes by ancient  masters, some yogis claim that few animals like snake performs kechari mudra when they go into the hibernation state.

It makes you to stretch your tongue like the snakes do so that it could become more stretchable and long with time in order to fulfill the main purpose that I mentioned earlier.

Mudra means seal or gesture, and it is considered that there are about one hundred eight types of mudras that enables one to stimulate more than 72 thousand important nerves, the points where the pressure is applied using these mudras are known as the meridian points.

General purpose of the mudras is to help one in achieving greater the inner peace and present moment awareness, but people usually perform many of these techniques to obtain extraordinary powers and the masters of kechari mudra have a long list of supernatural claims that are not backed by any proper evidence.

Many people are have hastened their spiritual progress using this method and some very famous yogis have promoted this practice, that’s why it is also known as the king of all yogic mudras.

The Complete Process and Releasing of Nectar

Initially, you will have to fold your tongue upwards and try to touch the hard palate. Your aim should be to stretch your tongue to go backwards and reach as far as possible in the upper region inside your mouth. Gradually your tongue will get longer, your second aim is to touch the soft palate with your tongue and then proceed to reach uvula.

It takes a very long time to make one’s tongue longer enough to touch the uvula, but the main goal here is to reach the nasal cavity because once your tongue is able to penetrate into the nasal cavity you will be able to stimulate the nerves that will enable you to attain various higher mind states.

What has caused the buzz about this particular mudra is the conjecture that you will be able to make the release of nectar when you have mastered this technique.

According to various ancient teachings this nectar is salty in the beginning (which has to be spit out) and then it will become sweet, this liquid is believed to have the power to energize a person to an extent that he can survive without food or water for a very long time.

All the stories associated with this method revolves around the benefits of this nectar, again this is not fact based, so you will have to find it on your own by doing it.

Should One Cut the Lingual Frenulum to Succeed?

I find it absolutely disgusting that people actually cut the frenulum of their tongues to do this, it is true that slowly cutting the lingual frenulum with proper surgery can make your tongue longer but isn’t it foolish that they do it with the greedy mind to go after the goals that are based on stories that does’nt have any proof?

Folding the tongue up into the nasal cavity requires an usual lengthy tongue, so one set of extreme believers go to an extent of doing anything so that they could get the nectar that is mentioned in some of the old texts.

However, some wise yogic teachers say that 40-60% of the benefits could be obtained by folding the tongue to touch the upper hard palate of mouth along with some deep breathing exercises. And if one is persistent with this method then he will definitely be able to stretch his tongue longer with time. 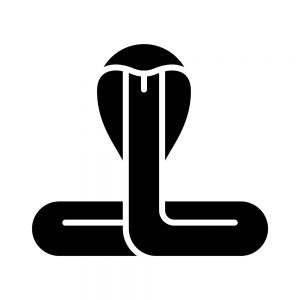 Finally, we are about to discuss the most interesting part of this subject since this yogic technique is widely famous for various unbelievable stories related to it where people have asserted that many practitioners have gained supernatural powers as a result of the releasing of the nectar.

I am very much sure about some positive benefits of this mudra, hence I am going divide this into two parts – Mythical benefits and true benefits.

Apart from these, there are few kecheri mudra benefits asserted by some people that I can neither say is true nor label it as myth, they are: –

I would like to say that you must try this yogic practice because it really has some very good practical benefits, it was taught in the Kriya Yoga by Yogananda Paramhansa which definitely implies that it is effective, moreover it is a very simple technique that you can use anytime, anywhere.

I hope you enjoyed this post, I recommended the book “Anantomy of Hatha Yoga” if you want to gain a deeper understanding of how these mudras work.

I would love to hear from you so, please do write me in the box below. If you have something to add here, then you are most welcome.

8 Reasons Why Mindfulness Doesn’t Work for Most People

Altered States of Consciousness – Meditation vs. Other Ways 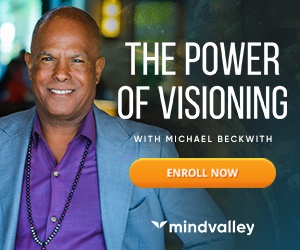