Listening to the Inner Guiding Voice-Power of Intuition

Intuition is our inborn quality, and using it in daily life is necessary for developing, growing and becoming better than before. 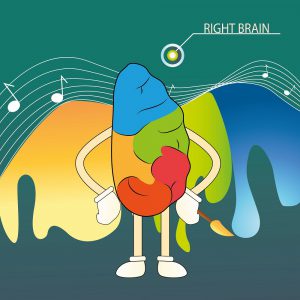 There is a limit to our logical based mind’s ability to comprehend things. But the intuitive faculty that is available to us has no limit and can work in wondrous ways for betterment.

There is always something bigger inside us which is willing to help, by listening to the inner guiding voice, we can go in the right direction. END_OF_DOCUMENT_TOKEN_TO_BE_REPLACED Continue reading

It was the time when the westerners were interested in attaining material wealth by ignoring spirituality, the great spiritual leader Paramahansa Yogananda born in India reached the western countries to show the path of spiritualism and to attain enlightenment. 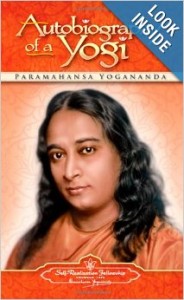 By his unique Kriya Yoga he changed the life of many people all over the world. “What is behind the darkness of closed eyes?” a deep thought haunted him from the early childhood which paved the way for meditation and divine ecstasy in the years to come in his life.

When the infant was seen in the arms of his mother a saint predicted that this baby will become a great spiritual leader in the future, his childhood was like a sage. As a yoga teacher he spent most of his life in America.

Let us discuss the amazing life of Paramahansa Yogananda in a little more detail.

According to Paramahansa Yogananda, a true guru is not only a teacher but also a guide who shows the path to reach the ultimate goal that is self-realization.

Yogananda has often mentioned about Mahavatar Babaji’s role on earth, according to him he is ageless and in communion with Christ and together they send out vibrations of redemption. He claims to have met this mysterious figure.

People from all countries, religions, and cult have benefited from the meditation technique taught by the institution called SRF which was founded by Yogananda. According to him, this technique is the “jet airplane route to god”.

Kriya yoga is backed by a lot of scientific evidence that it could change the lives of people by bringing harmony and peace in the relationships as well as it could also lead to a life without fear and stress.

A Unique Book by Yogananda

The book named “Autobiography of a Yogi” written by Yogananda remains a great spiritual classic of all time.

The book contains 48 chapters dealing with various subjects starting from his life journey which provides insights to soul searching and spiritual realizations. It also deals with his encounters with great saints and people.

Yogananda shares an amazing experience of his life in chapter 33 in which he claims to have seen Krishna and Christ walking together when he was in deep meditation, he tells that god plans his saints sometimes in unexpected soil in the seventh chapter.

Death of the Great Yogi

His disciples have claimed that Yogananda attained the state of Samadhi(final stage of meditation that is becoming one with the infinity) as he uplifted his eyeballs as though he was concentrating on his crown chakra while breathing his last breath.

Time Magazine in 1952 after few days of his death brought forth very astonishing news that there were no signs of decay or odor in the dead body of this great yogi even after 20 days after his demise, these phenomena was debated for a long time.

I have provided all the above information based on what I have read in the book autobiography of the yogi and also some other sources.

I hope you liked this post. I would love to hear from you so, please leave a comment in the box below.