Don’t Say “I Don’t Know How to Use Creative Visualization”- You Are Already Good at It!

You may be a person who goes completely blank when you try to imagine or you may be someone who finds it difficult to visualize something that is contrary to your current life or you simply hear too many voices inside your head that says things like “this won’t work”, “it is stupidity”, “you have gone mad” etc – All this indicates that you have a strong limiting belief related to the powerful ability of your mind which we call “imagination”. 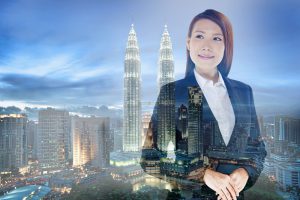 I realized about this energy block while listening to one of the sessions in Christie’s Unlimited Abundance Program, she performed a clearing on the belief that says “I don’t know how to use my imagination” and she explained that a vast number of people have this energy block which makes creative visualization a difficult process for them.

Why Is It so Difficult for You to Visualize?

In my childhood, I heard a story multiple times in which a man daydreams about how he will get rich in future using the pot of rice that he found and in the ending he accidentally breaks that pot which also breaks his dreams-The story sent a clear message to my subconscious mind that daydreaming is an act of lazy people who never succeed.

Obviously, the energy block or limiting belief that was stored deep inside my mind made it difficult for me to use visualization for my benefit.

My case was not that I cannot imagine what I want; I was always good at visualizing things, my obstacle was that I would hear a voice which ruined it all, it said-“You are wasting your time in this unreal stuff!”

My intention behind illustrating this was that if you too have any such difficulty in visualizing your abundant future then there must be some limiting beliefs that are causing these barriers.

How to Get Rid of Such Old Beliefs?

Know That You Are Already Doing It

You may be oblivious to the fact that you are naturally good at imagining scenes and you are already doing it unconsciously. 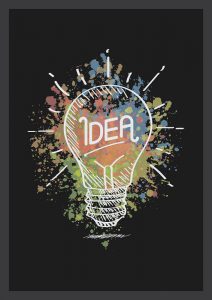 Our brain always uses images to send and receive messages, if I say orange-You are seeing the image of orange right now in your mind…

When you worry you generally use your creative visualization ability for some negative event, for example- At times you are worried that you will miss a flight, with a little awareness you will come to realize that you are actually playing a movie in your mind of “ the flight leaving the airport without you”.

If you will start to observe the activities of your brain you will gain more control over its working and your false belief that “I can’t imagine” will automatically start leaving.

I hope you liked reading this post. I request you to please do me a favor by writing a comment in the box below, it will let me know that my efforts are helping you in some way, it will also motivate me and help me to improve my site’s content.