Debunking the 10 Percent Brain Use Myth

Whenever I explore a new personal development program, I often get annoyed by the strategies they use to promote their products because many of them do it based on the very old myth that we use only 10 percent of our brains. 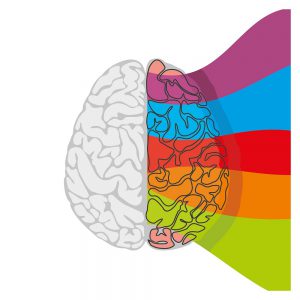 They use Albert Einstein as an example of a person who has used his brain more than others. What’s so astounding about all this is that they have got us to believe in it despite of the fact that no legitimate research work or study has backed up this speculation.

So, how much of the brain do we actually use? 100%!.. Come on, why would the rest of the brain part would even exist if we are not using it? And if that’s true then like appendix we can get it removed, ask those advertisers to prove their point by doing that.

Some very interesting movies have also used this particular conjecture as the basis of their whole plot. Limitless and Lucy are two well-known movies that were based on this concept.

I think such hypotheses is good for entertainment purpose, but when people use this as an instrument to give false hope to others, it becomes essential to dig deeper and find out the truth.

Who or What Perpetuated This Myth?

There is no proper information available on how this false theory came into existence, but I will point out a few occurrences in the history that might have popularized this whole thing.

Wilder Penfield, a famous Canadian neurosurgeon dedicated his whole life in studying the human brain, he was mostly known for his neural stimulation method to help epilepsy patients, in this process he found that a large part of the brain area remains silent during various brain functioning. This made some people to make false conclusions and spread the idea that most of our brain parts are not used by us.

Another significant incidence is the experiment performed by a psychologist named Karl Spencer Lashley, where he removed a large portion of the cerebral cortex from rats and he found that they were still able to perform various tasks like solving a maze that requires a lot of brain activity.

Foreword of the very popular self-help book written by Dale Carnegie “How to Win Friends and Influence People” talked about this false concept and from there onward many authors began using it as the main argument in their work.

I am still inclined to believe that the advertisers who benefited by promising to provide the techniques that will help one to make use of their brain much more than the average people were the real culprits who disseminated this particular myth.

Some even say that Albert Einstein also believed in this theory, we don’t know the truth about that, but one thing is pretty obvious that we do use our brain completely, how? Let us now look at some logically relevant things that prove it.

If you will ask a neurologist they will say that if a lot of neurons get activated at the same time it can cause some very serious problems so, naturally our brain is not fully active always but this has nothing to do with human potential.

We can study brain activity to find that only a specific part of the brain is activated for a particular purpose, we never use the whole brain at once, but we do use it entirely, this explains why rats were able to do some tasks after removing a portion of their cerebral cortex, they still might have had access to the memory which was needed to replicate the action.

A little common sense can also reveal the truth here, don’t you think if we only used a small portion of our brain, then people would have been perfectly alright after a brain stroke? It causes the damage of few brain tissues only, so, if only 1/10th of the brain is used by us then that wouldn’t have mattered much.

I don’t think I need to explain any further why this concept is untrue and how foolish it would be if we buy into what people say about our brain in order to promote their products.

So does that mean that we don’t have anything to get better at? Are we already using our full potential? – NO!

We can never make use of our complete potential because our potential is limitless, let us see how.

You can believe it when people talk in terms of clearing limiting beliefs to get better in any area of your life. We all have an inner mind that controls most of our involuntary actions.

Everything in our life is a reflection of the set of ideas present in our subconscious mind, we all were programmed in certain ways when we were growing up based on what we learned from people and incidences.

If you could tap into your subconscious power, you can find solutions for any problem in your life. All you need is to do what it takes to alter these negative beliefs present in your inner mind.

I have discussed a few such methods in the post – Allow Your Abundance.

What are your views on the workings of our brain and our true potential? I would love to hear your thoughts on this.