Sadhguru and Snakes – Why Cobras and Vipers Didn’t Harm Him?

I don’t know if you are a fan of Sadhguru or not, but there are definitely a plethora of interesting things about this person that no one can ignore. 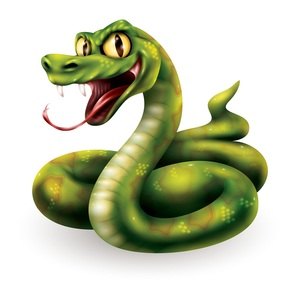 One of such things is his fondness for dangerous snakes like cobras and vipers.

I have never seen him in person or joined any of the courses that Isha yoga offers but I have been listening to his talks regularly for more than 4 years now because a lot of things he talks about makes perfect sense to me.

Recently, I have been reading a very captivating book written by Arundhati Roy on Sadhguru named “More Than a Life” and from that book, I have come to learn many mind-blowing things about Sadhguru’s life, like he was a very adventures bike racer, he traveled overnight to various cities in his bike and he has done various businesses but what I found very interesting was his special relationship with snakes.

He Used to Live with Snakes!!!

Sadhguru has been very fond of snakes from his childhood and he was never afraid while catching these poisonous creatures. This is what earned him a reputation of fearless snake catcher during his teenage in his village and also helped him to earn some good money at an early age.

He once caught a twelve-foot-long cobra and bought it home, soon his family found out that he has kept a big cobra inside a jar in their house and they were terrified. Among all these stories about him what really blew my mind was the one where I came to know that Sadhguru owned a farmhouse in his twenties where he used to live with more than 20 snakes which comprised of only Cobras and Vipers!

He says that these slithering creatures will crawl and get into places in the house where you can’t expect them to be, he had to be fully aware before making any movement in order to avoid any trouble. Sadhguru believes that living with snakes helped him to increase his present moment awareness a lot.

Although, from all these information we can deduce that snakes have not been that much hostile to Sadhguru like they have been to most people but there has been an instance where a cobra had bitten him yet he was fine the next day without undergoing any treatment. You can read more about Sadhguru’s friendship with snakes at Isha foundations website.

The question I wanted to bring to your focus with the help of this post is – Why didn’t the snakes harm Sadhguru?

He has been near snakes before he became enlightened and nobody taught him anything about the most dreaded reptiles on earth yet he had no trouble in playing with these wild beings that are well known for causing numerous deaths around the world every year.

Animals Can Sense Your Emotions

Do you know that snakes are one of the most fearful lives on earth? That’s why they are so dangerous, their attack is always a defense mechanism and this also gives them the ability to be very aware of their surroundings.

As humans, we all are born with an ability to detect the various energetic state of people and places but since while growing up we depend more on the language to express ourselves, we gradually stop listening to the voice of our intuition and then we forget it completely.

But animals are always aware of your true state, if you ever had a pet you might have noticed this in them. I remember a lot of instances where the pet knew more about people’s inner state than they knew about themselves, this is why they avoid being around people who carry a lot of negative emotions.

So what I can conclude is that Sadhguru’s energy was always clear of “fear of snakes”, hence the snakes never saw any threat in his aura. In the video below, Sadhguru explains snakes can sense the chemical changes in the person’s system which causes it to attack:-

This does not mean that you can be safe around snakes if you have no fear of them, you may feel like that on an external level but energetically there are more chances that you are not safe for them which makes them dangerous for you as well.

Similarly, we all are carrying so much of blocks and patterns in our energy-body of which we are not aware. Not just snakes, all the reasons why some people behave in a particular way towards different people is all about the different kind of energy-bodies they come across everyday. We function on these two different levels yet we are rarely aware of the other aspect of our life which shapes our world.

If you are interested in clearing your energy to improve any particular area of your life then you can try out my 3 energy blocks clearing methods.

The MILD Technique for Lucid Dreaming