The 333 Story- Technique To Come up With Good Ideas

If you have ever read the very famous book “Chicken Soup for the Soul”, there is a very inspiring story in it which gives us an awesome technique to come up with good ideas by focusing only on positive possibilities. 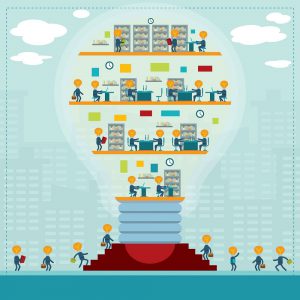 Now, if you come to read “You Have Born Rich” by Bob Proctor then you will get to know that this story was actually told to Jack Canfield and Mark Victor Haunsen by Bob for their book.

The story behind the writing of this book is very interesting because the authors actually went to provide the readers something that they accumulated from other people’s experiences- the huge idea of these two great authors is something that brought them so much success, however as progressive beings are always fascinated by success stories- I would like to bring here a great real story from this book.

A Story that Teaches a Lot

A town that is about 40 miles from Deerhurst named Barrie was hit by a Tornado which killed lots of people and caused some major devastation there.

A guy named Bob Templeton who was vice president of a radio company in Ontario stopped at the place and felt an urge to do something to help the people.

The guy went to his office and called a meeting of executives- he wrote on the flip chart “333” which he explained was the idea to raise 3 Billion within three days, in just 3 Hours for helping the people in Barrie.

This was a near to impossible task, but not for this very determined guy. He made two columns in the sheet and in top of the first column he wrote “Why we can’t” and in the other he wrote “How we can”.

Now this guy made a big “X” mark below the first column and said “we will not at all discuss why we cannot do this and whenever anyone will come up with any negative idea we will use the word “next”.

Everybody in the room were obviously very negative towards such a large goal that was to be accomplished in a short period of  time;but when the discussion started, ideas began to flow and whenever anybody came up with something that seemed like an obstacle-they all used an equivocal “Next!!”.. the enthusiasm grew and they finally were ready with their plan.

They were successful with the 333 goal.

Don’t you yet have any similar goal for your life? No matter how big it may seem. Do you fear to dream?

This story brings a strong point in front of us that-it is ideas that makes our dreams come true and for getting and executing a great idea- We need a positive attitude.

Start using “Next” for all your negative thoughts from now and always remember this story that teaches a very great lesson.

I hope you enjoyed this post. And I think that you will also like to read about some common habits of winners.

The MILD Technique for Lucid Dreaming