Have you heard this term “Awakened Imagination” that was used by Neville Goddard before? Well, I was writing a post on the ancient Hawaiian healing method called Ho’oponopono process, when I stumbled upon these words and it immediately caught my attention. 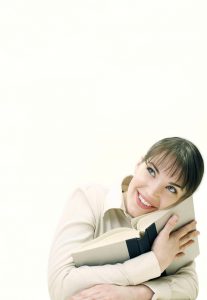 First I thought it would be some visualization method because I was well familiar with the Nevillization visualization technique created by Neville Goddard, but out of curiosity I read this short book written by him that’s called the “Awakened Imagination”.

I found out that the book was not talking about any particular visualization method but it was, in turn conveying a message that we consciously or unconsciously create our reality using our imagination, and it also had a few more important things to teach. In this post, I am going to share with you what I learned from this particular book.

I have always believed that we create our outer world based on how our inner world is, in other words, unlike the usual way of thinking which tricks us to believe that our inner state is resulted from whatever happens outside, the truth is we create our reality based on the types of thoughts we hold in our subconscious mind, some of these thoughts work on a very subtle level that we are totally unaware of it.

Even though, I say “I believe” that, I am still only in the process of knowing and realizing it. I surely have had some major experiences as an evidence to that but from how the author explains it, I can see that he is coming from a place of complete realization that this way of thinking is accurate.

Suppose you know that there is a lake across the mountains and you are pretty sure about it since you have felt it in the breeze and seen a vague picture of it, but when someone who has been there, arrives and tells you about it, that is really very assuring and this book did that to me.

Okay, so this might not be a coincidence because I am coming across such techniques a lot now days, I would never go back into the past for any reason but many of the materials that I have been recently exploring are telling me that changing the past in the imagination has a huge effect on the present.

And now I am pretty much convinced that I should start doing this especially because of a chapter in this book that I liked a lot where the author says that reviewing your recent or distant past differently than as it actually occurred can make a great impact on your current reality.

I would advise you if you are trying something like this, only do it with the events about which you are sure that you won’t get caught in the negative aspects.

This is one another way I believe the universe communicated to me through this book because I have been writing posts and sharing methods on how to change your self-talks because these little conversations we are regularly having with ourselves in our heads decide what we are going to attract into our lives.

If you will ever closely watch what you are usually saying to yourself you will find that you are actually describing “who you are” in one or the other way and mostly it is negative.

I recently wrote a post on self-esteem which mainly focused on changing self-talks because all our weakness and limitations are created by how we talk negatively to ourselves.

What I loved most about this book is that the author explains that there is no single meaning or label associated with the word “imagination”. People use it to address someone’s creativity, madness, strength, weakness, intelligence, foolishness etc. 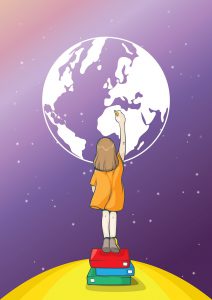 So in his book he repeatedly uses this word just to address that one’s ability to choose how to feel and experience something in their mind is not much different from what happens in their real life. In fact, what a someone can experience in their inner world will be manifested in the outer world if they can get into the mindset of “already having it” with the use of creative visualization.

He also illustrates his experiences of astral travel as well as lucid dreams as his imagination, I don’t know if he is not aware of that phenomenon or he is using the word “imagination” in order to avoid any confusion for the readers who are unaware of such concepts.

Overall, his message is that our experience of what happens in the real world, as well as the inner world, is not much different, he also believes that if one would believe these other inner experiences as unreal (which usually people do), then they should also consider their outer world “unreal” because ultimately it is also something we are experiencing in our minds, ah that’s complicated!

I have shared some of my lucid dreaming experiences in an earlier post, those experiences have given me an idea that there really is not much difference between the real and the virtual world because it all happens in the mind and we are just the observers.

What do you think about it? Have you had any such intense spiritual experience? Do share your thoughts with me, I would love to hear from you.