Hypnotic Nature of Advertising – Role of Emotions in Selling

“Good Wine Needs No Bush” how true these words of Shakespeare is in today’s world?

The competitive nature of today’s modern market makes advertisement a golden tool to boost business because it involves the emotions of the people. 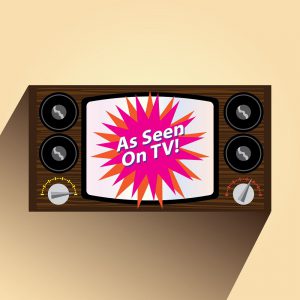 Do you know that these advertisements work more with your emotions than your logic?

Advertisements actually work with something that is beyond our conscious thinking, it is our subconscious mind.

Here we will discuss the hypnotic nature of advertising which is aimed to drive the public to buy products by influencing their subconscious mind.

The act of buying is based on emotions; we are programmed to behave according to the ideas that have taken root in our inner mind. The process to influence the subconscious mind of people is very illogical and different from the common understanding.

Understanding the Different States of Mind for Advertising More Effectively

The states of mind can be classified into four parts they are Beta state, Alpha state, Theta state and Delta state.

Awakened state is not good for touching the emotions of people because their conscious mind is in action at that time.

The emotion based subconscious mind of people which controls most of their actions could only be influenced when they are in the alpha state. (A relaxed state which lies between totally awake beta state of mind and sleep that is theta state).

Alpha State of Mind and its Importance in Advertising

When we talk about the technique of advertisements, let us brief something about the alpha state of mind.

A good advertiser should first find the relaxed moods of the public or create relaxed moods by spotting the perfect time and selected people by using various methods in order to improve the sale of their products.

After a long day of work a normal man watches television which engages his mind and advertising in the middle of a TV show is very much acceptable to the subconscious mind of that person because his mind finds relaxation at the break time (alpha state).

Creating fear psychosis has been another very well known trick to influence the emotion based subconscious mind. For a very long time advertisers have used this trick, for example “creating the fear psychosis of dry skin in winter, boosts the sale of moisturizer cream”.

Planting Suggestions in the Subconscious Mind of People for Marketing

Planting of suggestions in the subconscious mind by advertising through popular personalities has always been an efficient way to boost the sales, people find it illogical but on a subconscious level they believe the words of the famous personalities as true.

Our subconscious mind picks up the suggestions given by the advertisers using tricky methods that often do not make a lot of sense to our conscious mind.

For example our buying of products is also influenced by the minute sticker in the microphone held by the celebrities. We never buy a product about which we have never heard or seen before, so no matter how good the product is, if it is not advertised properly then no one will be interested in buying it.

Using imagination of people to influence their judgments of products

We often laugh at the commercials that show something which is impossible. “A guy slurps the cold drink and becomes immensely powerful”, we find such commercials so stupid.

Actually such advertisements are using the imagination of people to influence their judgments, our subconscious mind is very childlike and it is daydreaming when we are exposed to such scenes. All the big industries are aware of this method and they spend a lot of money to show commercials that may appear stupid to us.

Hypnotism is an amazing tool that can help us change our inner mindset the way we want it to be, I realized this when I experienced the powerful transformational hypnosis in the Marisa Peer’s Uncompromised Life program.