By observing one’s way of perceiving the world, a person’s spiritual progress can be known. So, I am going to share a few symptoms of spiritual awakening here using which you can know if you are going in the right direction or not.

When a person awakens and becomes something more than what they were earlier, their past seems like a dream that never actually happened. 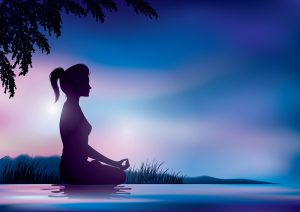 That’s because when our perception of the world changes, everything about our life changes.

We then realize that we were never looking at things so closely, hence what we ever saw was a mere illusion.

Old memories then start to feel like a different lifetime, so far away from where we are now.

If you ever had a major change in your beliefs, you can make sense of what I am trying to say here.

People have attached so many meanings with the word “awakening” that it has become too difficult to understand what it actually means; I prefer to view it in a simple way.

Your awakening or spiritual evolution is simply reflected by your inner state, it is your ability to view the world from a better perspective, a fully awakened person will see everything “as it is” without any judgments, without labeling anything as “good” or “bad”.

We can’t see the world like that because our mind is a sea of thoughts and beliefs right now, it is impossible for us to view the world “as it is” because our experience is constrained by various factors. Everything that comes to our awareness is altered by the filters that are created by the deeply rooted limiting beliefs present in our subconscious mind.

In truth, we don’t live in the real world, we are living in the reality created by our mind; you can understand the truth behind it by increasing your present moment awareness.

Recently, I have been exploring materials based on an ancient Hawaiian healing method called the updated Ho’oponopono process. It is a great technique using which you can clear the old beliefs and thoughts present in your subconscious mind that hinders your progress in life in all ways, including your spiritual journey.

I learned something about the stages of spiritual awakening from those materials which I found very enlightening and true, so I am going to share it with you.

This is where a person who is not at all concerned about their inner world is, we humans are gifted with the ability to reason, but most people use their logical part of the brain only for the things that helps them to survive in the world.

Our intellect is there for us to use it in order to achieve success in life but sadly, in most cases, intellect is using people instead. 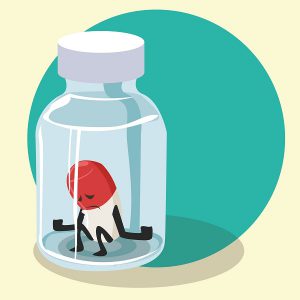 In the first stage, a person is totally unaware of how their mind works and they are a slave of their own mind.

Here, people are highly affected by the victim mentality, where they keeping blaming the outside world for their circumstances and they believe they have no control over what happens to them.

You don’t like to hear statements like “you create your own reality” and you get totally identified with your old beliefs when you are in this stage.

The first symptom of spiritual awakening is when a person makes good use of their logical side of the brain and starts questioning their own beliefs, doing this creates a curiosity inside them to know more about life.

I think I am in the second stage and if you are also a person who believe that “we create our reality” then you are here too.

This is the stage to which all creative people belong; they know there is a creative power in them using which they can create a life of their desire.

Here is where most of the spiritual work is done and people get involved in various personal development activities because they start to understand that their inner world creates the outer world, so it is wise to spend your time on fixing what’s inside first.

Being in this state is far better than stage one because now you are in control of your life; most successful people are happily living in this particular junction of their spiritual journey.

However, some of these people realize that there is something more than just to be the architect of the life, this is where they get that strong urge of giving up “the control”, which is the third symptom.

Some people, especially who are in the stage two cannot accept the existence of this stage because on an intellectual level it looks exactly like stage one because in both the cases you believe you don’t have control over your life, but it is not true, these stages are totally different. Stage three is the best state to be in.

This is where a person understands that their “desires” are also a result of the beliefs present in their inner mind just like the beliefs that keep them away from achieving what they desire.

But in the stage three you start realizing that the desire itself was also a result of the thoughts present in your subconscious mind and if you find a way to release those beliefs, then the desire also ceases to exist. 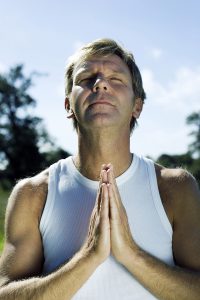 Yes, you do have a choice to take action to achieve something or stay where you are, but still, it is not you who is controlling everything in your life, is it? In truth, in both the cases, your mind is the winner.

This is where a person gives up the control and releases themselves from the bondage by accepting that they are not the doers. After that, their needs start getting fulfilled before they even ask. So it does not really matter what happens, they are always at peace.

It is all about letting the divine power work through you; it is where a person lives life effortlessly because they realizes that they is not the doer.

Why should one try to get to stage three??.. I don’t know, it is just a choice. However, there is something beyond this stage also, which is what is known as becoming one with the divine, this is what they call enlightenment. We just cannot know if there exist any such state, nor there is anything one can do to get there; it happens naturally, it can also happen directly from any of the above-given stages but stage three is the nearest to it.

I don’t really want you to get caught up with this idea of reaching beyond the stage three because I have been to a place after being so obsessed with the idea of “enlightenment” from where I fell so badly to the stage one that life never seemed so miserable. Luckily, I recovered but I know some people who went back to stage one after so much progress, that’s the worst.

See, if you will keep working on yourself, you may naturally reach there but you should not get too attached to the idea of getting enlightened because that’s the biggest hurdle in the path. If it is your time, you will naturally get there, till then keep making your inner as well as outer world better.

For doing the required inner work you can use any method that works best for you, I recommend the Ho’oponopono process and also some energy clearing methods that I use.

I hope you enjoyed this post. Which stage do you find yourself in? Do you have something to add here? Please share your thoughts with me. I would love to hear from you.